There has been much propaganda regarding the “intelligent design” controversy. In truth, creation/design is the scientific position; evolution is unscientific. By definition, science is based upon what we observe in the physical world and logical inference from what we observe.

While microevolution –change within a species– is observed and scientific, macroevolution, what “evolution” customarily means, is not. It asserts life somehow arose from non-life by chance. Such “spontaneous generation,” disproven long ago, has never been observed. Instead, we always observe that life comes from previous life –and, as Scripture teaches, ultimately from an ever-living God. Evolution also asserts one life form can change into another, higher form –something also never observed, and thus unscientific. Instead, we always observe exactly what Genesis 1 states numerous times: life reproduces “according to its kind” (vv. 11,12,21,24,25,29) –i.e., cats beget cats, crickets beget crickets, etc. They never change into something else. With microbiology we understand why.

All life contains DNA, a genetic blueprint containing information. But purely material processes cannot create information, which originates only from a “mind.” Evolution proceeds via chance, the antithesis of information. The DNA in simple bacteria has several million specifications; man’s has several billion. The DNA molecule, the most complex structure we know, and unquestionably the most efficient copying device, with self-correcting processes, prevents one life form from “changing” into another. We are all copies of a copy of a copy, etc., going back to the very first human parents. Genesis 3:20 says Eve was “the mother of all the living.” Science proved we are descendents of one woman, whose genes are carried by all mankind. Newsweek’s 1-11-88 cover article (“Searching for Adam and Eve”) states: “all modern men and women descended from this relatively recent woman whom scientists have taken to calling Eve.” Even evolutionists accept this finding, based on the DNA in our mitochondria, the cell’s powerhouse. Mitochondrial DNA comes unmixed, only from the mother; “it preserves a family record that isn’t scrambled every generation.”

The fossil record disproves evolution. If the first life form changed into another, higher form by gradual gene changes, and so on down the line, accounting for all life, then, quoting Darwin, “the number of intermediate and transitional links, between all living and extinct species, must have been inconceivably great.” The whole world would be awash in the remains of “infinitely numerous connecting links.” It isn’t. Darwin conceded that fact, calling it “the most obvious and serious objection” against his theory. He attests the “sudden appearance” of species, complete and distinct, in the fossil record –just as if God created all life individually.

Evolution is scientifically preposterous. Laws of probability are real scientific laws. Our DNA is “unique” because the odds of another person having our exact DNA are so remote we can dismiss that possibility altogether. Likewise with evolution. Nobel laureate Francis Crick calculated nature’s chances of producing one small protein: 1 in 10 to the 260th power. Crick reminds us there are only 10 to the 80th power (1 followed by 80 zeros) atoms in the whole universe; he concludes even the elementary components of life “cannot have arisen by pure chance.” Mathematician Emile Borel states an event will never happen when the odds are less than 1 in 10 to the 50th power. Sir Fred Hoyle calculated nature’s chances of producing the 2000 enzymes found in life: 1 in 10 to the 40,000th power. He states: “The Darwinian theory of evolution is shown to be plainly wrong.” He concludes: “Life cannot have had a random beginning…but must have come from a cosmic intelligence.” Nobel laureate Ernst Chain said: “To postulate that the development and survival of the fittest is entirely a consequence of chance mutations seems to me a hypothesis based on no evidence and irreconciliable with the facts.” Einstein said, “I want to know how God created this world.” Einstein knew the universe didn’t happen by chance.

Atheism and evolution are dead. Science destroyed them. Those claiming evolution is “scientific” must demonstrate that life can come from non-life by purely material processes, and that one life form can turn into another, higher form. Science demands it. Put up or shut up!

Tom Phillips of Milwaukee is director of Catholics Serving the Lord.
He has a B.S. in Biology and M.S. in Educational Psychology
He may be contacted at: <ovrcomer@execpc.com> 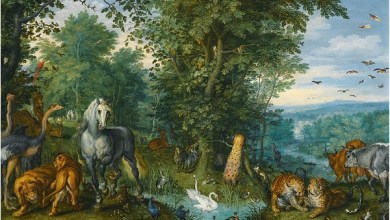 Is the Catholic Rejection of Theistic Evolution a “Conspiracy Theory?” 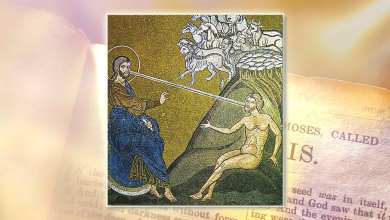 Should Catholics Believe in Evolution? 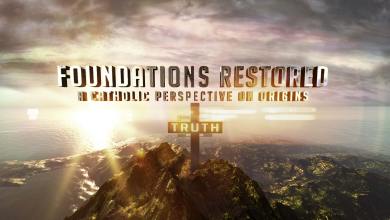 Does ‘Foundations Restored’ Use Straw Man Arguments to Refute Evolution? 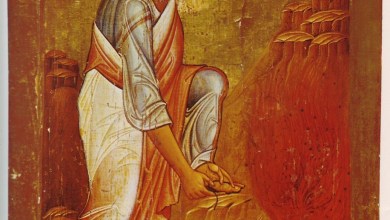 The Mosaic Authorship of Genesis or How Moses wrote Genesis