During the almost twenty years that we have been involved in this apostolate, we have often been told by Tradition-minded Catholics that it gives God more glory to have used “secondary causes” to produce His creation than to have “magically” brought all of the different kinds of creatures into existence directly by His fiat. During this liturgical season when Catholics reflect on the early days of the Church as recorded in the Acts of the Apostles, Scripture offers a striking rebuke to this way of thinking. 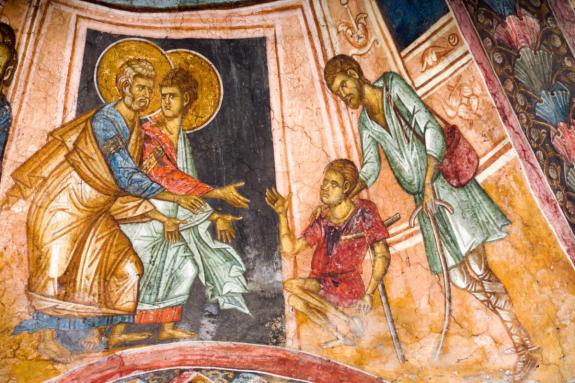 In Acts Chapter 4, we are told that after St. Peter and St. John healed a cripple in the Name of Jesus, the Jewish authorities in Jerusalem:

seeing the constancy of Peter and of John, understanding that they were illiterate and ignorant men, they wondered: and they knew them that they had been with Jesus. 14Seeing the man also who had been healed, standing with them, they could say nothing against it. 15But they commanded them to go aside out of the council: and they conferred among themselves, 16Saying: What shall we do to these men? For indeed a miracle hath been done by them, known to all the inhabitants of Jerusalem. It is manifest: and we cannot deny it. 17But that it may be no farther spread among the people, let us threaten them that they speak no more in this name to any man. 18And calling them, they charged them not to speak at all, nor teach in the name of Jesus. 19But Peter and John answering, said to them: If it be just, in the sight of God, to hear you rather than God, judge ye. 20For we cannot but speak the things which we have seen and heard. 21But they, threatening, sent them away, not finding how they might punish them, because of the people: for all men glorified what had been done, in that which had come to pass. 22For the man was above forty years old, in whom that miraculous cure had been wrought. 23And being let go, they came to their own company and related all that the chief priests and ancients had said to them. 24

Who having heard it, with one accord lifted up their voice to God and said:

Lord, thou art He that didst make heaven and earth, the sea and all things that are in them.

25Who, by the Holy Ghost, by the mouth of our father David, thy servant, hast said: Why did the Gentiles rage: and the people meditate vain things?

26The kings of the earth stood up: and the princes assembled together against the Lord and his Christ.

27For of a truth there assembled together in this city against thy holy child Jesus, whom thou hast anointed, Herod, and Pontius Pilate, with the Gentiles and the people of Israel, 28To do what thy hand and thy counsel decreed to be done. 29And now, Lord, behold their threatenings: and grant unto thy servants that with all confidence they may speak thy word, 30By stretching forth thy hand to cures and signs and wonders, to be done by the name of thy holy Son, Jesus. 31And when they had prayed, the place was moved wherein they were assembled: and they were all filled with the Holy Ghost: and they spoke the word of God with confidence.

It is wonderful to see how the Apostles begin their prayer by appealing to God as the Creator of “heaven and earth, the sea and all things that are in them.” They recognize that it is through the same power by which He created all things that He works “cures, signs and wonders.” Then the living God answers their prayer by causing an earthquake. In each of these instances, the glory of God is revealed in His direct action. 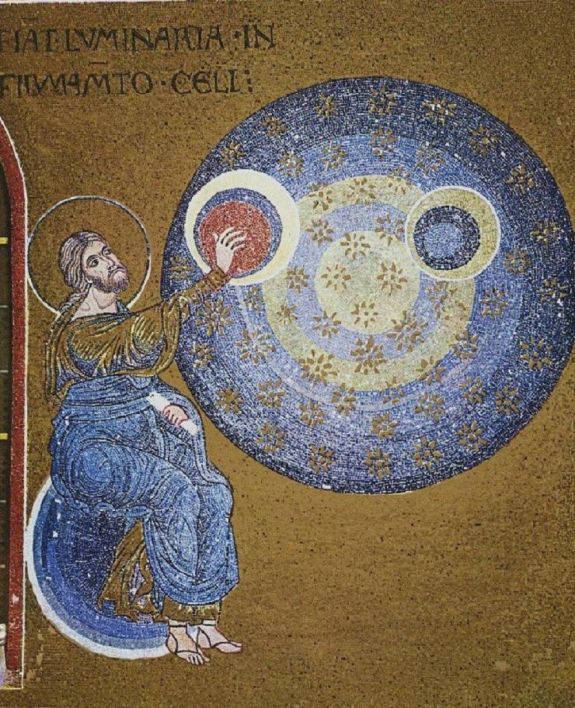 Is God Glorified More When He Acts Through Secondary Causes?

The idea that “God is glorified more when He acts through secondary causes than when He acts directly” is one that has been making the rounds in theological circles for decades. But it will not hold up under scrutiny.

Consider the way that Our Lord Jesus Christ acted when He walked the Earth. Would He have shown forth His glory more fully if He had used His foreknowledge of the wine shortage at Cana to arrange for the nearest wine merchant to deliver thirty gallons of fine wine to the wedding banquet at the appropriate time? Would “working through secondary causes” in that instance have given God more glory than Our Lord’s instantaneous transformation of water into wine?

When five thousand men and their families lacked food in a desert place, would Our Lord have shown forth the glory of God more fully if He had used His foreknowledge of the food shortage in the wilderness to arrange for a delivery of food at the appropriate time? Would “working through secondary causes” in that instance have given God more glory than His miraculous direct multiplication of loaves and fishes?

Merely to ask these questions is to know the answer.

God’s love and care for His creation are much more powerfully revealed through His direct action, than when He acts through secondary causes. Indeed, it is only because God has acted directly in His work of Creation, Redemption and Sanctification that we can recognize His love when He works through the members of His Mystical Body and through secondary causes to accomplish His Will. If Our Lord had not acted directly in His work of Creation in the beginning and in His work of Redemption during His life on Earth, we would not be able to see His hand in the circumstances of our lives which communicate His Will to us indirectly.

Some theologians propose a similar argument in defense of theistic evolution as a God-glorifying hypothesis. They argue that God shows forth His wisdom more wonderfully by creating matter and natural laws so ingeniously in the beginning that the cosmos can unfold over billions of years without divine intervention into the marvelous diversity of life that we see in the universe today. One theologian recently compared the matter that was created at the moment of the alleged Big Bang to the fertilized egg that develops into an adult human being without any further direct intervention by God. But this analogy also breaks down completely under examination.

The fertilized egg is a complete human being with a body and soul. As the “form of the body,” (as defined by the Council of Vienne in 1312) the soul organizes and animates all of the organs and systems of the developing human body from conception until death. This kind of development bears no resemblance whatsoever to the alleged “cosmic evolution” of Big Bang cosmology. The matter allegedly created by God at the moment of the Big Bang could not possibly develop through a natural process into the extant diversity of living things. In the first place, none of that original matter was alive, so it had no potential to become a living thing. In the second place, the hydrogen, helium and lithium that allegedly came into existence “in the beginning” could only produce a very limited number of chemicals through their interaction and certainly nothing even remotely resembling the “building blocks of life.” Thus, the claim that the matter produced at the moment of the Big Bang can be likened to a fertilized ovum is as false as it could be. There is certainly nothing grand or even remotely plausible about the claim that matter produced at the moment of the Big Bang could naturally develop into the universe that we see, analogously to the way that a human embryo develops into a fully-developed human being.

The most obvious reason why theistic evolution does not give more glory to God than the traditional doctrine of direct creation is that all of the Fathers, Doctors, Popes and Council Fathers in their authoritative teaching taught direct creation from the beginning. It follows that if theistic evolution is true, God allowed His Church to teach a totally false account of the origins of man and the universe for 1900 years-an account which has never been abrogated at the same or a higher level of Magisterial authority-and saw fit to enlighten us not by raising up saints and scholars within the Church to reveal the truth, but by raising up godless men like Ernst Haeckel and T. H. Huxley who hated the Church and wanted to destroy Her so that they could enlighten our Church leaders!

When the subject of origins arises in Catholic circles and we hear the kinds of specious arguments mentioned above, let us ask Our Lady of Good Counsel to give us the grace to humbly but effectively defend the true doctrine of creation and to show that it gives much more glory to God than theistic evolution.