We have just returned from our annual Kolbe Center leadership retreat at Our Sorrowful Mother’s Ministry Retreat Center in Vandalia, Illinois. The retreat was a great success and most edifying for young and old. After a series of fascinating presentations on theological, philosophical, historical and natural science topics related to creation, children and adults collaborated in presenting an inspiring play on the life and times of Venerable Maria of Agreda, “The Blue Nun,” a play which wove together many of the main themes of the retreat in a dramatic format. The audio and video of the retreat presentations and the video of the play will be edited during the next few weeks and made available on a dedicated website as soon as the editing is completed.

COVID-19 and the Kolbe Leadership Retreat

Throughout the world billions of people have been forced to submit to draconian regulations on spurious scientific grounds by various “authorities” in science and medicine. Here in the United States, most of our Bishops have meekly submitted to excessive government restrictions on worship and the administration of the sacraments and have encouraged the faithful to submit to these restrictions without a murmur of protest. I thank God for our Kolbe family whose members refused to be intimidated and who banded together fearlessly to make our leadership retreat a success. I would also like to thank the leaders of Our Sorrowful Mother’s Ministry (OSMM) Retreat Center in Vandalia, Illinois, who welcomed us on short notice when the Bishop of Corpus Christi, Texas, cancelled all overnight retreats two weeks before the originally scheduled date of our leadership retreat. We have held our retreat at a Benedictine Abbey and at a diocesan retreat center, but we have never had such a great experience as we did at the OSMM retreat center.  The administrators of the center bent over backwards to help us in every possible way.  Best of all, there is an indefinably holy atmosphere at the center that creates a perfect ambience for any Catholic conference or retreat. 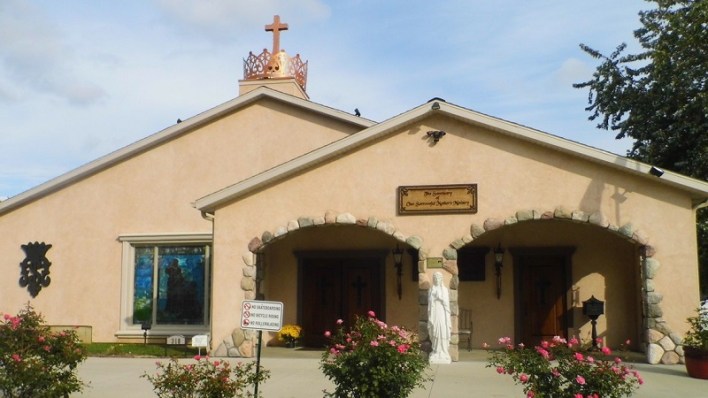 There might not seem to be any connection between the draconian restrictions on worship and administration of the sacraments that have been imposed on Catholics throughout the world and evolution. However, a little reflection suffices to show that the acceptance of molecules-to-man evolution as the central “fact” of modern science has played an indispensable role in securing the submission of Church leaders and faithful all over the world. I say this because the acceptance of the evolution deception as settled science by civil and religious leaders has conditioned them to accept the prescriptions of scientific “authorities” without demanding any solid scientific basis for those prescriptions. Civil and Church leaders who accept that a microbe turned into a human body without divine intervention or that the preservation of soft tissue in the remains of a T-Rex calls our understanding of the laws of physics and chemistry and not the standard geochronology into question will usually be equally willing to defer to scientific authorities who tell them that COVID-19 requires a total lockdown of the citizens under their jurisdiction or that a mandatory vaccine is the only reliable cure for the disease. On the other hand, Catholics who have studied the scientific evidence for themselves in light of the Church’s traditional teaching know perfectly well that the scientific consensus can be completely wrong and that the prescriptions of the “scientific and medical experts” at WHO or the CDC should be subjected to critical examination before they are accepted.

From the emails we have received from Catholics all over the world who have examined the claims of the experts at WHO, at the CDC, and of other powerful individuals who stand to gain from a widespread acceptance of the consensus view on the necessity of lockdowns, compulsory masking, and mandatory vaccines, we know that Catholics who hold fast to the traditional doctrine of creation have not been afraid to examine the evidence for themselves and that many, if not all, of them have exposed the bogus pseudo-science behind the massive push for lockdowns, compulsory masking and mandatory vaccination. In the near future, we hope to publish a pioneering book on vaccination from a Catholic perspective that will hopefully help many of our Church and civil leaders to resist the hysterical push for mandatory vaccination as the only sure protection against COVID-19. In the meantime, while we ask for your prayers for the successful completion of that book, we urge you to spread the DVD series “Foundations Restored” far and wide, as it equips Catholics to examine the claims of “scientific authorities” and not to accept any that conflict with the authoritative teaching of the Church or with the actual scientific evidence.

Finally, I am happy to announce that today marks the beginning of a three-way exchange of views involving Fr. Nicanor Austriaco, O.P., representing theistic evolution, Fr. Michal Chaberek, O.P., representing progressive creation, and the Kolbe Center, representing fiat creation and the traditional Biblical chronology of the world. All of us have agreed to answer six questions on Genesis and creation in 5,000 words or less (for each answer). Our answer to the first question is posted on the Kolbe website at this link. Fr. Austriaco has announced that he will post his and Fr. Chaberek’s responses to the first of the six questions about Genesis on the Thomistic Evolution website.  If you do not find them there, please keep checking back.  Their responses should be posted somewhere on the Thomistic Evolution website before the end of the day, Eastern Standard Time.

Please pray that through the intercession of Our Lady of Good Counsel and of St. Dominic, all who read these responses will be convinced of the truth of the traditional Catholic doctrine of creation, the foundation of our Faith.

P.S. If you would like to read some good critical examinations of the evidence for massive lockdowns, compulsory masking, and mandatory vaccination, I recommend the following articles and video:

The Lockdown Has Gone From a Mistake to a Crime

Masks Do Not Work. Period.

P.P.S. Today is a First Saturday.  Our Lady of Fatima explained the Five First Saturdays to Sr. Lucia dos Santos, one of the Fatima visionaries, on Dec. 10, 1925, in the following way: